The Earth Space Defense (ESD) is an international program that serves as Earth's early warning system and united global defense force against extraterrestrial threats. It was founded by the United Nations on May 25, 1998 following the War of 1996.

The ESD is tasked with becoming experts in anti-extraterrestrial (AET) warfare. Their primary task is to be trainers for the world's military forces. They develop, plan and execute a vigorous training program to keep general combat forces familiar with AET tactics, doctrine and weapons. They deploy in small training teams around the world for training purposes. Their secondary mission is to man space stations and moon bases, develop new tactics and techniques and conduct field practical training on newly developed weapon systems.

The aftermath of the War of 1996 had unexpectedly brought unity among the nations of Earth and ended centuries of conflicts and political distrusts. On May 25, 1998, the United Nations established the Earth Space Defense. Upon its inception, the ESD began a worldwide publicity and recruitment campaign. Furthermore, the ESD was tasked with reverse-engineering alien technology left over from the 1996 invasion. The result of the research led to enhancing humanity's capability in consumer, space, and military technology. Through these efforts, humankind achieved in colonizing Earth's moon, Mars, and Saturn's moon Rhea.

The ESD was first headed by Director Strain, who pushed for an expedited test-flight of a hybrid fighter at the 2007 ESD Spring Expo. The fighter exploded mid-flight, killing the pilot, Steven Hiller. To prevent further government negligence, Levinson was appointed director by U.S. President Lucas Jacobs after the accident.[2] Although the ESD is an international organization, the United States had took the lead in the integration of alien technology and allowing it to become the de facto leaders of the ESD, much to the consternation of the other participating nations.[4]

The ESD would eventually enter into its first combat when Earth was again invaded during the 20th anniversary of the War of 1996 in July 2016. The arrival of the aliens—in the form of a massive mothership—took the ESD by surprise in which the Moon Base and Earth's Orbital Defense System were utterly destroyed. The ESD later attempted to mount a counterattack on the mothership in an effort to eliminate the aliens' queen but only to fail. Despite its losses, the ESD plotted a second elimination attempt on the queen. Having come into contact with a benevolent alien entity called the Sphere, an enemy of the aliens who possessed vital information, the ESD used the Sphere's presence to emulate a decoy to lure the alien queen into a trap. The ESD ultimately succeeded in drawing the queen away from her ship and killing her, thus rendering the invaders inactive and forcing the mothership to retreat from Earth.

The ESD has studied the alien technology retrieved from the remains of the spaceships destroyed in the War of 1996 to integrate with human technology. The Chinese military helped develop the transport and heavy lifting technology in addition to research and development to understand the alien's structural, integrative, and life-support capabilities. In return, the United States focused on research and application of low-acceleration anti-gravity and stable fusion reactors.[2] Thanks to this combination of technologies, the ESD possessed hybrid weapons and vehicles.

Directors of the ESD[] 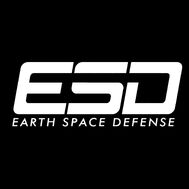 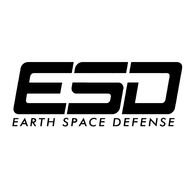