Independence Day is a novelization of the movie of the same name. The novel was authored by Stephen Molstad, Dean Devlin, and Roland Emmerich. The book was republished in The Complete Independence Day Omnibus in March 2016.

Two days before Independence Day, the skies look as if they are on fire. All satellite communications are interrupted, as fear grips the cities of the world. When the skies return to normal, it becomes clear that a force of incredible magnitude has arrived on Earth. Its mission: to eliminate all human life on the planet.

Differences from the Film

The novelization of Independence Day contained several differences compared to the film version. 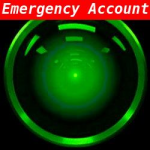