Israel is a unitary parliamentary republic in the Middle East, on the southeastern shore of the Mediterranean Sea and the northern shore of the Red Sea. Tel Aviv is the economic and technological center of the country, while its seat of government and proclaimed capital is Jerusalem, although international recognition of the state's sovereignty over the city is limited.

During the War of 1996, Israel was put into a state of emergency after a City Destroyer appeared over Jerusalem. Soon afterwards, the Israeli government closed down its airspace when Arab planes attempted to observe the City Destroyer and subsequently causing a provocation with the Israeli Air Force, which shot down two Iraqi planes. In turn missiles were fired onto the road leading to Tel Aviv resulting in civilian casualties. This shutdown also applied to Israel's allies.[1] Jerusalem was soon destroyed, and the City Destroyer later attacked Tel Aviv.

Surviving members of the Israeli Air Force formed an unexpected alliance with their former Middle Eastern enemies and saving Mecca from a City Destroyer.[1] 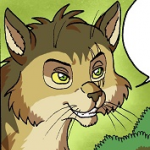