Trendmasters was an American toy company based out of St. Louis, MO and was most notable for its figures based on the Godzilla series in 1994, and later producing other licensed properties including Independence Day. The company was shut down in 2002.

Each action figure, vehicle or playset came with a 3 1⁄2" floppy disk that contained an interactive computer game. 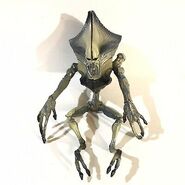 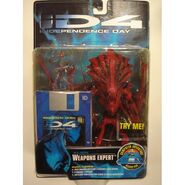 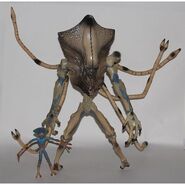 Alien Supreme Commander with host on left for size comparison.
Add a photo to this gallery
Retrieved from "https://independenceday.fandom.com/wiki/Trendmasters?oldid=20713"
Community content is available under CC-BY-SA unless otherwise noted.